A Brief History of Zippy 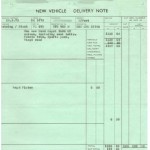 Zippy started life near Ellesmere Port. He was purchased from ‘Quicks for Ford’ in Ellesmere Port on the 14 September 1973 for the princely sum of £1,494.07. The specification from the dealer on the invoice was 1600GT saloon, including seat belts, fabric trim, sports pack and vinyl roof. He remained in the Ellesmere Port/Chester area until the early nineties. 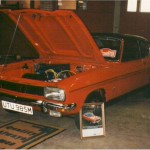 By 1992, Zippy had moved up to Scotland spending a number of years in the Glasgow area, and moving up nearer Aberdeen in 2010. 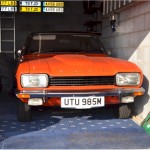 I finally purchased Zippy in August of 2013 and had him shipped down from a little village between Aberdeen and Inverness to its new home in a quiet village in north east Essex.

In these 41 years he appears to have covered about 37,000 miles. A gap in his MOT history seems to indicate that he was laid up from 2002 through to approximately 2009. The MOT certificates and the general condition of the interior trim all support the low mileage. 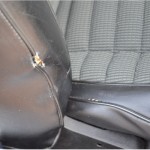 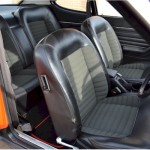 Zippy appears very straight, with little or no modifications being made beyond the manufactured specification. He never had a radio or any speakers fitted, no furry dice, alloy wheels, louvres or tinted windscreen strips either. It all sounds pretty good really.

Various old photographs in Zippy’s history seem to suggest that he was restored maybe 8 or 10 years ago but we’re not sure how extensive that work was. Given the amount of underseal on the car, some of it still tacky, and the more recent re-paint, it looks likely that someone has attempted to tidy him up more recently. 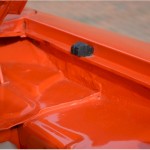 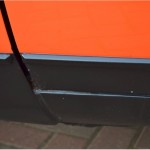 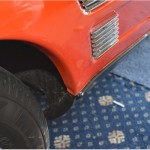 [October 2021] Robert Ewing noticed a recent photograph of Zippy on Facebook and got in contact.  Apparently, Robert had owned the Capri from 1991 through to 2010 (19 years), and he was the second owner.  He had done a rolling restoration back in 1993, when it had two new Ford wings and bonnet, and a full respray.  He also fitted new front and rear lights and bumpers, front and rear.  Zippy had only done about 25K miles when Robert purchased it back in 1991.

Being a 1970’s Ford and spending 40+ years in the UK has not been that kind and he does have a number of bodywork problems. And previous restorations (or were they refurbishments) have been of rather dubious quality. As a result we have suspicions that beneath those replacement panels, the new paint and the thick layers of under-seal lurks a lot of of problems. 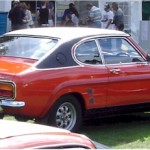 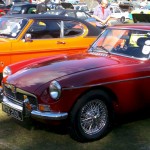 So, what we have now is a  nice looking Capri, that even won the modern classics section at a Colchester Lions Car Show. But beneath it all, it really needs replacement wings, repairs to it’s inner wings and A-posts, front valence, replacement inner and outer sills, floor repairs and either new rear arches or even complete rear quarters.  And as we said before, who knows what all the under-seal is hiding!

The plan is to rebuild Zippy so that he is as original as possible to the day he left the factory on his way to his first owner near Ellesmere Port. Although we don’t have an early photograph to confirm, we strongly suspect that he was ordered to be as close as possible to the model shown in a 1972 Ford brochure (see right).